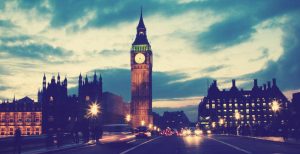 The London court has ascertained that Uber is in good standing and can operate today. However, the American multinational has had to admit all its mistakes in the previous five consecutive years. These regard when it operated in not allowed areas and that it did not guarantee the safety of the passengers.

The association of London taxis is in fact already thinking of a maximum compensation to ask to Uber. The latter would concern this five-year period for failure to comply with the rules in force in this sector.

It is estimated that this compensation may amount to GBP 1.25 billion.

Thinking about Italy, the same thing can happen in Milan one day. Taxi Milan, taxi Malpensa, taxi Busto Arsizio and other private companies can ask even for a greater compensation for damages.

Unfortunately, for Uber the troubles also arrive on the other side of the world in the US. Three former Taxis of Uber have requested and obtained the status of employees. Hence, they have obtained the right to have the payment of contributions for unemployment insurance. All the other Uber U.S. taxis could also make this request.

Coming back to our country, this could happen also for the Taxi Milan and taxi Malpensa. This would complicate the business for the American multinational known now all over the world.

What do you think about it? Tell us on our Facebook page.