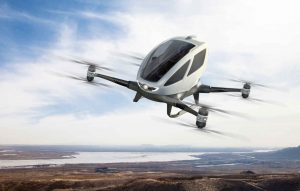 American multinational’s project is to create a network of small aircraft taxi in the biggest American metropolis. The max capacity for this vehicle should be four people. The first metropolis, which will inaugurate the new Uber service called “UberAir”, is Los Angeles.

The project is ambitious.  UberAir cost should be similar to the one of the old Uber low-cost Taxi service called “UberX”. The latter in Italy is not still active. The Italian Authorities banned it since reckoned illegal. UberX had problems with competitors, such as Taxi Milano and private drivers, since people without any professional requirement performed it. This lack was completely against Italian laws.

UberAir forecasts thousands of urban daily flights. The service has many positive aspects such as the convenience and the possibility to save time. The time requested to get to the airport from the metropolis is less than the one needed by the ground solution.
In the most crowded times, the time needed to go to the airport is 1 hour and 20 minutes. With UberAir the time saving is unbelievable since, thanks to the multimodal (UberAir plus UberX) solution, it will take just 50 minutes.

The main goal is to start up the project a few years before the beginning of the Los Angeles Olympic Games in 2028.

To sum up, in a foreseeable future, it is possible that, here in Italy too, the classic services such as Taxi Milano, taxi Malpensa and drivers Noleggio con Conducente Malpensa may be integrated or totally replaced by these innovative projects that once were reckoned things for sci-fi movies.

“…UberAir will be operating since the 2020 in Los Angeles…”

Tell us what do you think about this innovative service by Uber on our Facebook Page.