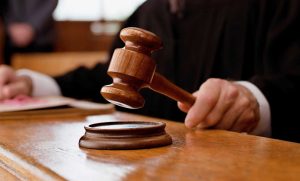 The sentence arose from the request of an Uber driver to be recognized as an employee. The title comes along the acquisition of all the rights and obligations that this figure entails.

Obviously, Uber does not recognize it because the American Multinational considers its drivers as autonomous and independent.

That is why a few days ago, a French Labor Court expressed itself and confirmed the legitimacy of the app. It stated that Uber activity does not concern the taxi sector but the brokerage one.

The conflict goes on, as in Italy for the Taxi Milan and Milan – Malpensa Transfer. This causes a climate of uncertainty that is common to many European countries.
In fact, we recall that the aforementioned French ruling goes against the European Court of Luxembourg’s one of last December. It stated the illegitimacy of the Uber service as a Taxi Service.

To the current hint of uncertainty and endless slowdowns on the reform plan, another issue adds up. In Italy, in this precise period, the elections period is close to happen. As you can guess, no political deployment should take positions. This would mean to side with the taxi Malpensa category or with the Malpensa Transfer one.

Let us know what do you think about on our Facebook Page!