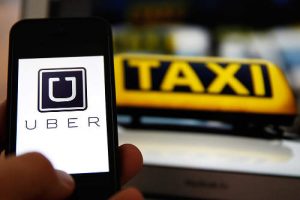 Following the Order of the 7th of April 2017 that declared Uber irregular the same Court in Rome on the 26th of May 2017 declared regular Uber’s activity and accepts its appeal. The app was born in 2009 in San Francisco, USA, and after that it diffused throughout all major metropolis worldwide.

The service provided by Uber is attributable to the private Taxi Milan service, or as called in Italy NCC (it is acronym: “Noleggio Con Conducente). However, Uber drivers, unlike the traditional NCC Milano Malpensa service, use a technology platform: a mobile/tablet app to receive bookings.

The method, through the technology platform, is the reason behind the tensions and contrasts of the traditional services. Examples of them are Taxi Milan – Malpensa and NCC Milan – Malpensa.

However there is a common point that both categories agree upon. It is the need to renew the old current legislation regulating people’s public and private transportation. The drivers consider the law 21/1992, the one regulating it, outdated and not in line with the technology evolution. This is a great issue since new multi-media technologies are spreading widely day after day.

Remember that the articles are available also on our LinkedIn and Facebook pages.