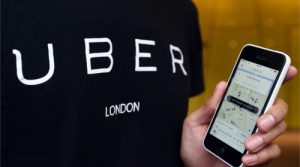 As already happened in Italy, and in other European countries (and not) too, the American multinational company Uber, working already in our Italian cities through the cooperation with Italian private Taxi Milan called “Noleggio con conducente Milano” and Italian private Taxi Malpensa called “Noleggio con conducente Malpensa”, is now in conflict with the English authorities.

In London, the Labor Court established that Uber should recognize to its drivers with black cars all those rights typical of the category (minimum salary, rest and holidays).

Two drivers were the first to move the claims. First, they have the notorious black cars. Secondly, they are “workers”, a role that in UK is mid-way between employee and self-employed.

Uber obviously considers its drivers self-employed, stating they independently decide their working schedule. Unfortunately for the startup, the English Court does not support the cause.

The English Court confirmed the first instance judgment. Because of that, the American startup decided to make use of the recourse but it has to decide where. The decision is between the Supreme Court or the Appeal Court.

Sentence is not immediately executive, so from now to the eventual stop months can pass.

The greatest risk for Uber, that today represents in Italy a valid alternative to Taxi Milan and Taxi Malpensa and conversely a cooperation with operators such as Noleggio Con Conducente Milano, is the eventual claim by the other European, and not, drivers for the same rights.

“… Uber private taxi company may not operate in London…”

Let us know what do you think about on our Facebook Page!