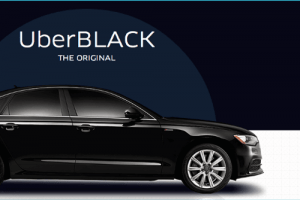 Eurupe Justice Court pronounced itself on Uber legitimacy in UE. It touched also another topic: the problems with Taxi Milan and others because of its coming in Europe.

The Court stated that Uber’s activity is mainly a “people transportation” activity and not a service company. Given that, Uber must respect all the laws and rules of this sector in every single country it operates.

So a heavy blow inflicted to the American Multinational, in eternal contrast with taxi Malpensa and Taxi Milan. Moreover, it was useful to renew the laws blocked for decades. They are adapting to users’ evolutionary changes. They are more digital using technological platforms to purchase daily goods and services.

Uber, as already happened, minimized the sentence’s importance. It declared it is already working in compliance with the law in the most UE States where it works. It is important to not confuse the UberPop app with the UberBlack one. The latter works in collaboration with “Noleggio con Conducente Milano and Malpensa” drivers, in Italy, and private Taxi Driver in the other Europe States, equipped with all professional qualifications.

We are not going to investigate into where the reason lies in either side, that is taxi Malpensa and Noleggio Con Conducente Malpensa. However it is undoubted the duty of all Governments to not further prolong the evaluation and proceed in regulatory changes in the sector. Moreover we must take into account two points:

“…Uber Sentence: it is mainly a “people transportation” activity…”

And what do you think about the UE Court sentence on Uber? Tell us on our Facebook page now.