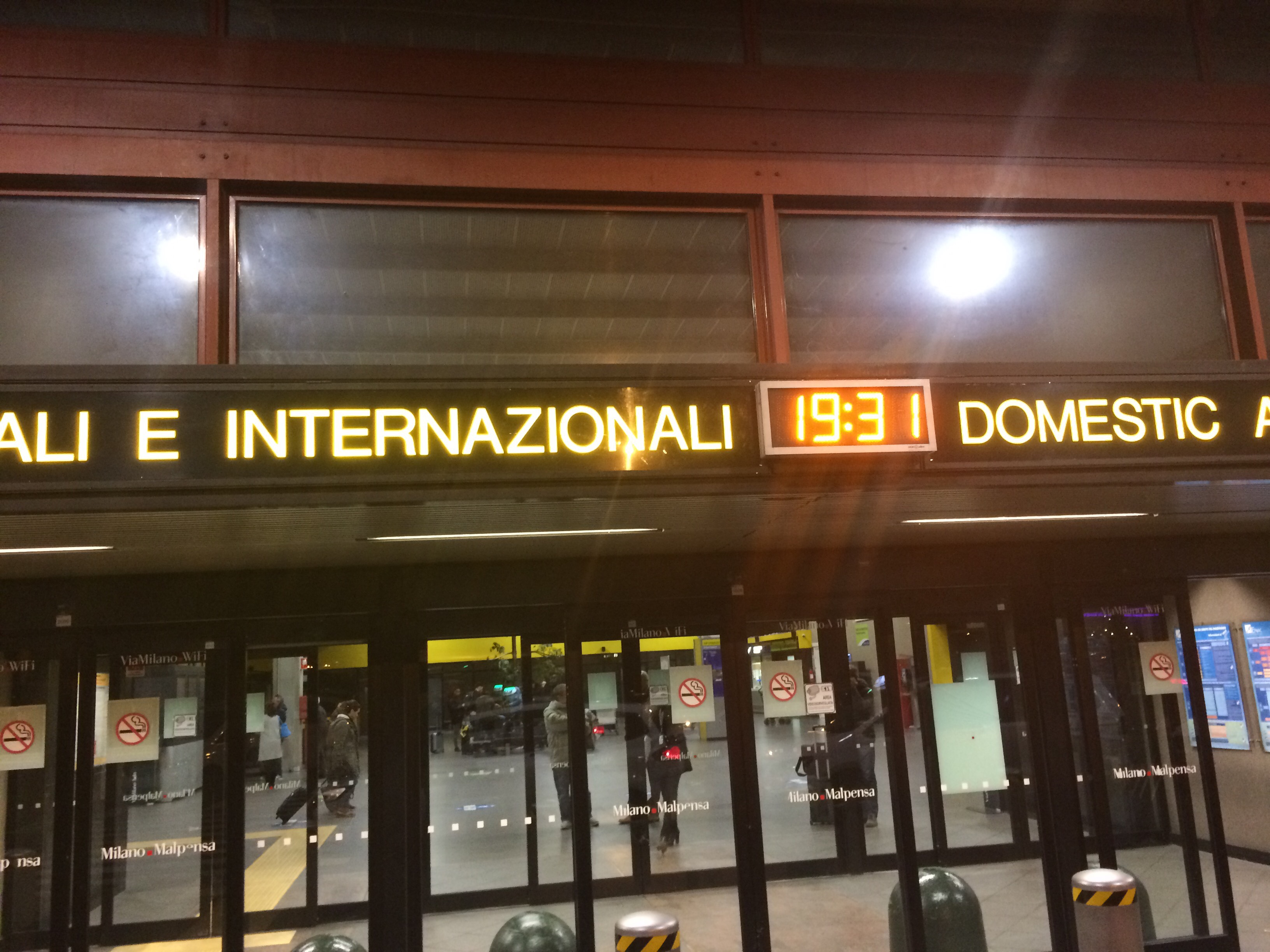 The origins of Malpensa airport date back to around 1910 to the first experiments of Giovanni Agusta and Gianni Caproni, where the flights of their prototypes were inaugurated; in this area around the Cascina and Malpensa new military equipment was built in those years.

During the First World War, the bustling airport had become an important flying school, which, like the other airports of that era, was only a large area of ​​grass.

Only after 1943, after having been handed over to the Germans many works were carried out and more significant, an asphalt and concrete track was built, unfortunately during the Second World War the track was strongly damaged by enemy bombardment.

With the entry into force of the Treaty of Peace in 1947, a group of entrepreneurs from Busto Arsizio and a Belgian airline company had the initiative to activate an air link with Brussels. To underline the importance of this initiative that linked Milan and the Olona Valley to the European air network.

Given the bad conditions of the concrete track following the bombings, takeoffs and landings took place on the grassy runway of the now former military airport of Lonate Pozzolo.

The following year, the company “Aeroporto di Busto Arsizio spa” was established, which assumed the burden of reconditioning the damaged concrete runway; February 2, 1948 was officially opened, and shortly thereafter various infrastructures were created to give life to the commercial port, such as the junction for the runway, the square for the stop of the aircraft and barracks in function of operational structures.

In the following three years, the number of flights assisted by the bustling airport grew, and therefore with it also the number of passengers, grew considerably, going from ten thousand passengers to almost 60 thousand.

The first connection with New York, edited by the American company TWA, dates back to 1950.

The legal recognition of the airport came only in 1952, and here the “April 23rd Convention” was stipulated, according to which the construction and maintenance of the airport was regulated for two decades.

The entrance of Milan Public Administration

In the same year the municipal administration of Milan became part of the company, following numerous debates on the major inconvenience of the airport busto: the distance from Milan, and therefore the difficulty in reaching the Metropol.

It was therefore decided to keep the Forlanini airport active with a national and short-haul traffic function, while for the Malpensa airport a connection was made to the Milano-Domodossola railway line, offering users numerous daily connections mainly to the airport, and conferring the exclusive function of international airport.

In 1955 the municipal administration of Milan, after acquiring the majority of the shares of the airport, changed the old name in “Società Esercizi Aeroportuali-S.E.A.”.

The State Funding and its Condition

In the following year they solicited a loan to the State, which arrived in 1957, on condition that it was modernized. The project gave life to two parallel concrete runways, and on the aircraft parking area, the “U” shaped air terminal was built; with this type of structure the airport, besides becoming the main one in Lombardy, served all of Northern Italy.

The start of these works described above occurred in 1958, and at the same time the S.E.A. obtained the thirty-year duration of the Convention with the State, extended at the end of another thirty years in 1971 and again in 1985 for the Malpensa 2000 project.

The modernization works were completed at the end of the year 1958 and in 1962, the road connection SS336 of the Malpensa airport with the city of Busto Arsizio was inaugurated, and therefore connection with the A8 Milan-Varese motorway, at the expense of the S.E.A.

The expansion of demand

In the seventies there was a strong expansion of the demand and the number of flights, in particular with the connections with America, which put a strain on the receptivity of Malpensa airport and that pushed the S.E.A. to start new expansion works, building a new building for arrivals and a taxiing system for baggage handling.

New and further development plans came into being in the 90s, which led to the acquisition of new spaces for commercial activities, new car parks on the two Milan airports (with the new connected company SEA Parking) and the most important of all: the realization of the project Malpensa 2000 of a new large airport, inaugurated in 2001, which we will tell you in the next article.

And you who read this article, what are you waiting for? Request our rate for the transfer from your home, wherever you live, to Malpensa airport, through our Web site, by email, or by calling us directly.

We remind our customers that we travel only on a fixed rate, and that for the route from Busto Arsizio to Malpensa airport, or opposite, the fare is 40 euro.