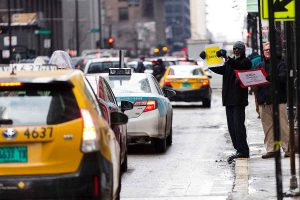 In August, the city council of New York has established a one-year stop for the issuance of new licenses suspended for Uber. It is the competitor of Lyft and similar companies. Because of that, it caused a halt to the growth of this kind of companies that caused the saturation of this market. The decision causes economic losses to the Big Apple taxi drivers, as well as to Taxi Milan and Malpensa.

In addition to the stop of new licenses, the City Council has also imposed on them a minimum salary for their drivers. It is comparable to our Rent with driver Milan Malpensa of our Milan area.

These measures were foreseeable also given to the recent events occurred in the British territory. In fact, the same provision has been adopted by the London Court against Uber for two Uber drivers. The common discontent hits the whole world as here in Milan by Taxi Milan and taxi Malpensa. It is due to unfair competition from their point of view. On the contrary, its collaborators’ point of view is that Taxi Milan Malpensa is not attentive to its drivers.

New York Taxi operators came out victorious and happy. Hence, for Uber and competitors this is another blow that will affect a lot their profits.

Who knows if this change in trend will also come for our competent bodies that regulate the Taxi Milan industry? What do you think? Let us know your opinion by writing your comment in our FB page.