You are right! It has already been five turbulent years since Uber in Italy 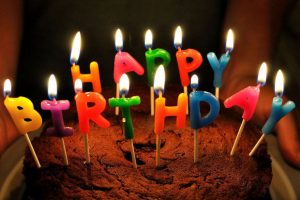 has made its appearance.

After he first landed in Milan in March 2015 and two months later, it arrived in Rome too.

As expected, it is in the following year that the American Start Up found success. It changed the daily mobility of the two Italian cities, with its Low-Cost Uber Pop service.

Let us explain the differences between the low-cost service and the Uber Black one. Private Taxi Milan Malpensa operates for the latter while Taxi Milan provides the classic taxi service. Anyone who owns a four-door car in good status and driving license can join Uber Pop. No Professional requirements, which the Italian law requires to all operators, is needed. We refer to the famous CAP KB (Certificate of Professional Qualification for non-scheduled public service). Moreover, a second requirement is the Registration to the Provincial Role of non-scheduled public service drivers.

It is clear and easily understandable the disapproval of all the Taxi Milan, Private and not, towards this service. This represents a threat for the business since any citizen can offer it, without professional requirements and authorizations.
Lately, after several strikes and protests of Taxi Milan, in April 2015 the clash ends in Court. The ruling prohibited and blocked the Uber Pop Low-Cost Service throughout Italy for unfair competition.

Finally, today Uber continues to operate in Italy offering the Uber Black service. It is more luxurious and professional with black Sedans and Minivans in collaboration with the Private Taxi Milan.

“… Uber Black service. It is more luxurious and professional …”

What do you prefer: UberBlack or UberPop? Let us know on our Facebook Page.